Since the 1930s there has been research involving natural alternative medicine. Here are some notable examples of physicians who came to note the power of natural medicine.

Dr’s. Wilfred and Evan Shute. In 1933 Dr’s. Wilfred and Evan Shute were some of the first doctors to use large doses of vitamin E to treat heart disease. At that time, antioxidants and free radicals were rather obscure concepts in the chemistry of oxidation, far removed from issues of health and disease. Also at that time, using vitamins to treat serious diseases such as heart disease and diabetes was considered by the medical establishment as misguided at best and outright fraud at worst.

In 1985, Linus Pauling wrote: “The failure of the medical establishment during the last forty years to recognize the value of vitamin E in controlling heart disease is responsible for a tremendous amount of unnecessary suffering and for many early deaths. The interesting story of the efforts to suppress the Shute discoveries about vitamin E illustrates the shocking bias of organized medicine against nutritional measures for achieving improved health.”

Dr. Szent-Gyrgyi. Dr. Gyrgyi became interested in a chemical agent, present in plant juices, which had the effect of delaying oxidation, such as the browning of a sliced apple exposed to the air. He suggested that this agent, which was also present in cabbages and oranges, was the mysterious Vitamin. By 1933, he had isolated the substance in kilogram lots and named it “ascorbic acid” which means “the acid which prevents scurvy.” In 1937, he won the 1937 Nobel Prize for his discovery of vitamin C. He was the first to predict the use of Vitamin C for cancer.

Irwin Stone, PhD Irwin Stone became interested in the anti-oxidant properties of ascorbic acid, then newly discovered, as a means of protecting food against deterioration. He continued his study of vitamin C for the next 50 years, and in the 1950s he established that humans would benefit from ingesting much larger amounts of ascorbates than the medical and nutritional establishments considered adequate.

Dr. Fredrick Klenner. “In the early 1950s, Dr. Fredrick Klenner began his work with mega doses of vitamin C. He used doses up to 100 grams per day orally or intravenously. In clinical reports he recorded the excellent response he saw when it was given in large doses. For example, polio patients given vitamin C suffered no residual defects from their polio. A controlled study in England on 70 children, half given vitamin C and half given placebo, confirmed that none of the ascorbate treated cases developed any paralysis while up to 20 percent of the untreated group did. This study was not published because the Salk Vaccine had just been developed and no one was interested in vitamins. Dr. Klenner’s work was ignored.”

Dr. Klenner was the first physician to emphasize that small amounts of ascorbate do not work. He said, “If you want results, use adequate ascorbic acid.” As a result of seeing consistent cures of a great variety of viral and bacterial diseases with huge doses of vitamin C, he published over twenty medical reports. Orthodox medicine’s rejection of his lifesaving work stands as a reminder to all medical mavericks practicing today. “Some physicians,” Klenner wrote, “would stand by and see their patient die rather than use ascorbic acid because, in their finite minds, it exists only as a vitamin.”

Dr. William J. McCormick. Over 50 years ago, it was Toronto physician William J. McCormick, M.D., who pioneered the idea that poor collagen formation, due to vitamin C deficiency, was a principal cause of diverse conditions ranging from stretch marks to cardiovascular disease and cancer. This theory would become the foundation for Linus Pauling and Ewan Cameron’s decision to employ large doses of vitamin C to fight cancer.

Over twenty years before Pauling, McCormick had already reviewed the nutritional causes of heart disease and noted that four out of five coronary cases in hospital show vitamin C deficiency. McCormick also early proposed vitamin C deficiency as the essential cause of, and effective cure for, numerous communicable illnesses, becoming an early advocate of using vitamin C as an antiviral and an antibiotic. Modern writers often pass by the fact that McCormick actually advocated vitamin C to prevent and cure the formation of some kidney stones as far back as 1946.

Linus Pauling, PhD It was two-time Nobel Prize winner Linus Pauling who coined the term “ortho molecular.” Ortho molecular medicine describes the practice of preventing and treating disease by providing the body with optimal amounts of substances which are natural to the body. Pauling identified sickle-cell anemia as the first molecular disease and subsequently laid the foundation for molecular biology, and then developed a theory that explained the molecular basis of vitamin therapy. Irwin Stone first introduced Pauling to Vitamin C, recommending 3,000mg a day, which was 50 times the RDA. Pauling and his wife began taking this amount, the severe colds that he had suffered from several times a year all his life no longer occurred. After a few years he increased his intake of vitamin C to 100 times, then 200 times, and then 300 times the RDA (now 18,000 mg per day). Pauling lived to be 93.

“Professor Pauling, as always, is ahead of his time. The latest research on vitamin C substantiates his twenty-five years of advocacy and investigation on the benefits of vitamin C.”, said J. Daniel Kanofsky, MD, MPH, Albert Einstein College of Medicine.

Dr. Josef Issels. Because of his well-known professional skills, his kindness, and relatively high rate of survivors, many cancer patients in the terminal stage came to consult German Dr. Josef Issels. In 1951, one wealthy and grateful patient funded his private clinic, where he continued his successful work until 1960, when he was arrested by the German ‘Kriminalpolizei’ on the instigation of his medical opponents. He had to close down his clinic for years, in spite of a report from an independent scientist who had concluded that, of 252 terminal cancer patients with histologically proved metastases, 42 had survived for at least five years (17%) with the Issels therapy. For terminal patients, such a score is disproportionately high.

Issels believed that cancer was the end stage, the ultimate symptom, of a lifetime of immune system damage which had created an environment for the tumor to grow. He argued that conventional therapy just looked at the tumor without recognizing this longtime pre conditioning period. Dr. Issels saw the body as having great potential to heal itself. Good nutrition and a clean environment were central to his therapy.

In the end, Issels was proven to be right. From 1967 to 1970, Professor J. Anderson of King’s College Hospital and member of the World Health Organization inspected Issels’ reopened clinic. He confirmed the highly significant survival rate of Issels’ terminal cancer patients. His legacy is continued by the work of his wife, Ilsa and his son Christian.

Dr. William Kaufman. Dr. Kaufman was among the very first physicians to therapeutically employ mega doses of vitamin B3 (niacin, or niacin amide). He prescribed as much as 5,000 mg of niacin amide daily, in many divided doses, to dramatically improve and restore range of joint motion in arthritic patients. Kaufman said, “I noted that niacin amide (alone or combined with other vitamins) in a thousand patient-years of use has caused no adverse side effects.”

Over 50 years ago, Kaufman showed remarkable foresight half a century into the future of ortho molecular medicine, describing how the lack of a just a single nutrient can cause diverse diseases, including what is now known as attention-deficit hyper activity disorder.

Emanuel Cheraskin, MD, DMD. Dr. Cheraskin was among the very first to recognize and demonstrate that oral health indicates total body health. “Health is the fastest growing failing business in western civilization,” he said. “Why is it so many of us are 40 going on 70, and so few 70 going on 40?” The answer, he said, was our neglect of the paramount value of nutrition, an educational deficiency that Dr. Cheraskin devoted a lifetime to eradicating.

Hugh Desaix Riordan, M.D. Hugh Riordan was one of the most knowledgeable, both as a maverick par excellence and as an historian of mavericks. Hugh was an ortho molecular fighter, who fought hard and consistently on behalf of ortho molecular concepts. He was challenged legally when he wanted to treat his patients with high dose vitamins in the hospital. He won. He was the first to demonstrate how large doses of vitamin C are chemotherapeutic for cancer patients. His main work had to do with the schizophrenic syndrome and with the treatment of cancer using nontoxic vitamin C chemotherapy. Hugh was the leader in making available to cancer patients a treatment that is effective, safe, economical and very tolerable.

Abram Hoffer, M.D., PhD Dr. Abram Hoffer has spent the past five decades conducting research related to the practice of ortho molecular medicine, which emphasizes the use of nutrients in optimum doses for the treatment of a wide range of diseases.

In 1952, Dr. Hoffer and his colleagues began developing a more effective treatment for schizophrenia that involved a biochemical hypothesis. They tried two nutrients: vitamin C and vitamin B3. He found that we could halve the two-year recovery rate of patients just by adding these vitamins to the program. This was the first major systematic attempt to use large dosages of vitamins therapeutically. In 1955 he also discovered that niacin lowered cholesterol levels.

These pioneers and others were first ridiculed, and were ignored by the medical establishment, but were eventually proven to be right.

In part two of The Power of Natural Alternative Medicine we will discuss the regulation of nutritional supplements and little known history of natural medicine. This publication is courtesy of RMBarry Publications who publish various books about Melaleuca Products (also commonly misspelled as meleleuca”)

Topics Covered In The Book 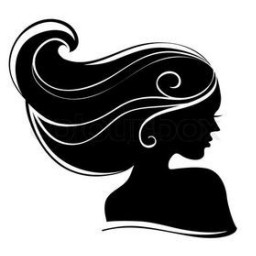 Check Out The Best Electric Scooters for San Francisco Hills!

Please log in again. The login page will open in a new tab. After logging in you can close it and return to this page.

Any cookies that may not be particularly necessary for the website to function and is used specifically to collect user personal data via analytics, ads, other embedded contents are termed as non-necessary cookies. It is mandatory to procure user consent prior to running these cookies on your website.